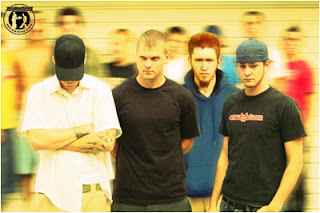 Soapbox Revolt was a melodic punk band from Granada Hills, California. They started in the 90's as a 4-piece lineup and went through many lineup changes to end up as a 3-piece. The band toured a lot around California and were signed to Ibex Records with other bands None The Less, The Day and Eight Fingers Down.

Welcome to my blog, a place to remember the goold old days, what was the golden age of skatepunk. Here you will find infos, pics, and music of old bands from the '90s and early 2000, that many people forgot about. Those bands must not be forgotten, they deserve our attention for what they created. That's why I will take some of my time here to share what I find about them, and also share some of the music those bands made, that is today out of print and difficult to find.

All the songs on the blog are in V0 VBR MP3 quality, unless stated otherwise.

THANKS FOR YOUR HELP/CONTRIBUTIONS: